It’s interesting to see all the stories popping up across the internet about Edward Greenwood, who was caught playing solitaire on his computer at work in the offices of the city of New York. Mayor Bloomberg immediately fired him, telling the press “the workplace is not an appropriate place for games. It’s a place where you’ve got to do the job that you’re getting paid for.”

Cue the statistics about how playing an occasional game (or smoking a cigarette, or just reading the newspaper) for a few minutes here and there throughout the workday actually increases productivity.

Cue the bloggers who are outraged at this action and are urging Greenwood to (surprise!) file a lawsuit against the city.

Personally, I think the mayor’s action was extreme and unwarranted. On the other hand, he’s right. Technically the guy shouldn’t be sitting around playing solitaire when he should be working. But show me someone who actually sits at their desk for eight hours straight and does nothing but work, and I’ll show you someone who needs some serious mental help.

Many moons ago, when I worked at Hughes, the muckety-mucks delivered a company-wide policy stating that corporate e-mail accounts were to be used for work purposes only. No personal messages in or out, or you could be fired. It was pretty draconian. (Remember, too, that back then there weren’t free e-mail services like there are today– your work account was pretty much your only access to e-mail unless you paid for services elsewhere.)

However, after handing down the policy on a nice typed memo, my boss– and I suspect every reasonable boss in the company– said as an aside that we could certainly use the company e-mail for personal stuff, as long as we didn’t do anything obviously bad with it. The policy, it was clear, was more to cover the corporate legal position than to actually prohibit people from sending a quick note to a friend. 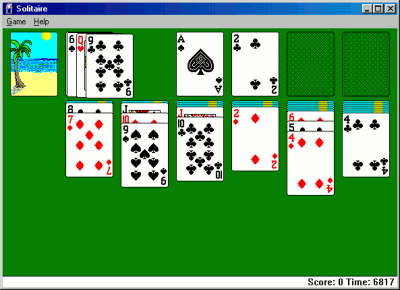