Truly, the greed of the RIAA knows no bounds.

As part of a review process of the DMCA that happens every three years, the RIAA has filed papers claiming that consumers should not be allowed to transfer music (“rip”) from a CD that they have purchased. In other words, you can only listen to your CD in your CD player– not on your computer, not on a mix CD you burn for your car, not on your iPod, not on your Rio MP3 player. Nowhere but a CD player.

Not only does this directly violate the definition of “fair use” in U.S. copyright law, it also violates the Sony v Betamax Supreme Court case twenty years ago. What’s more– and this is perhaps the best contradiction of all– it violates the very words of Don Verrilli, the lawyer for the RIAA in last year’s Supreme Court case MGM v Grokster:

Apparently a year later they’re changing their tune (ha! get it?) by reversing their position and insisting that if you want to listen to music on your computer, you have to pay to download it. Note that downloaded music is typically more expensive than that on a CD, on a per-song basis. Oh, and you want it on your iPod? Well, I guess you’ll have to buy another copy from a different vendor! 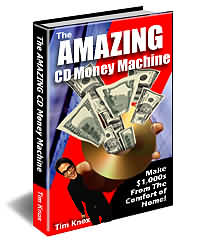