In January, the Department of (in)Justice requested a million search queries from Google, MSN, Yahoo, and AOL. The latter three companies complied immediately, handing over their data without much question. Google, however, refused to do so. I applaud them for that move. The government, which these days seems to believe it is entitled to whatever private information it asks for, pressed its case and sued Google in an attempt to seize the information. Never mind that it is a clear violation of the Fourth Amendment.

Rather than write a lengthy analysis of the case, I’ll just fast forward to today, when a federal judge ruled in favor of the government. U.S. District Judge James Ware says that Google is required to hand over 50,000 web addresses and 10,000 search queries posted by users. Apparently he feels this is okay, because it’s “scaled down” and is more “reasonable” than the original list of one million. I guess the Fourth Amendment only applies to gross abuses of the search-and-seizure rules– smaller numbers are okay.

In his ruling, Judge Ware makes the astounding statement:

“The court gives the government the benefit of the doubt.”

That phrase should give anyone pause. Apparently a federal judge, when faced with a difficult decision, believes that in such a situation the government should be declared the winner simply because they are the government. If there’s anyone who I think should not be given the “benefit of the doubt”, it’s the government!

This is how liberty is eroded: one small thing at a time. It may not seem like a big deal that Google is being forced to hand over confidential company information at the behest of a government, but it is just one more example of how the groups running this country continue to shove aside the rights and freedoms they have sworn to protect in order to obtain short-term (and short-sighted) goals.

It will only end when there is nothing left to take. 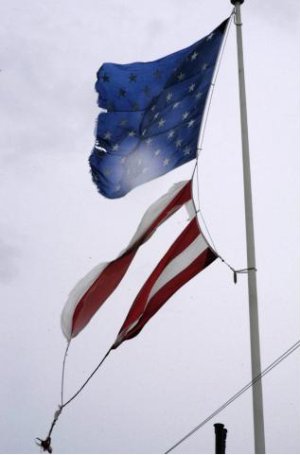