The House of Representatives Government Reform Committee issued its annual Federal Computer Security Report Card, and let’s say the Gov isn’t doing so well when it comes to security. The complete summary, shown below, indicates that the federal government in general rates a miserable D+ in the arena of protecting their computers.

There are some departments and agencies who appear to do quite well, but the entire right-hand column is staggeringly abysmal. The Department of Defense and the Department of Homeland Security both scored failing grades… they’re some of the worst offenders, and ironically they probably have the most sensitive information to protect! 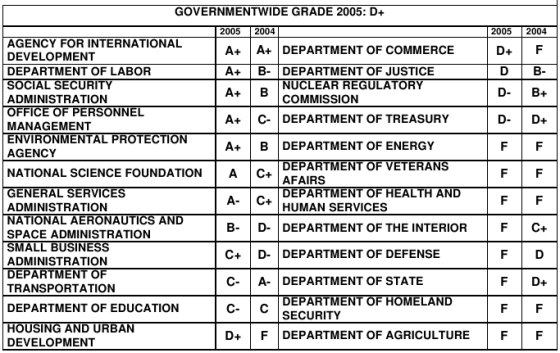