Tom and I went on our annual hiking/backpacking/photography road trip last week, and had a fabulous time in Yosemite and the Sierra Nevadas and the northern California coastline. Armed with my (relatively) new Panasonic Lumix digital camera, I was able to take much richer pictures than I did with the old Sony Cybershot.

Now I’m going through the photos, adjusting black levels and colors and so on, pulling out the natural hues and pushing them to a much more realistic look. As I mess with various settings, it’s amazing what can be done with a simple digital photograph.

Take, for example, this shot of the eastern side of the Sierras. The rocks are generally grey (granite), the sky is of course blue, and we have some white clouds. Compare the left half of the photo– the raw data from the camera– with the simple black-level adjustment on the right. It’s dramatic. 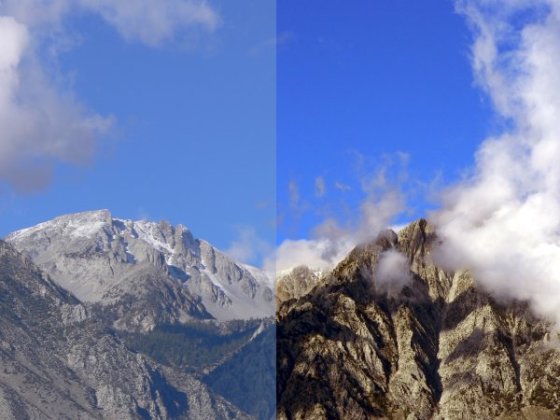 It’s also interesting to see the things the camera captures but doesn’t necessarily show in the photo. Here’s a shot of a tree near the beach at sunset: 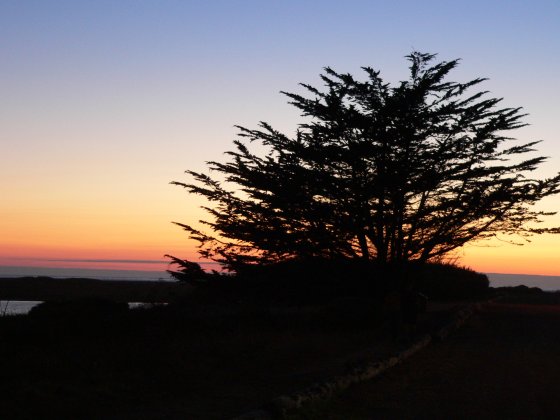 After I took the picture and lowered my camera, I noticed a couple walking along the road. They’re not visible in the raw image, but tweaking the brightness of the image reveals them (along with a trash can and the curb). 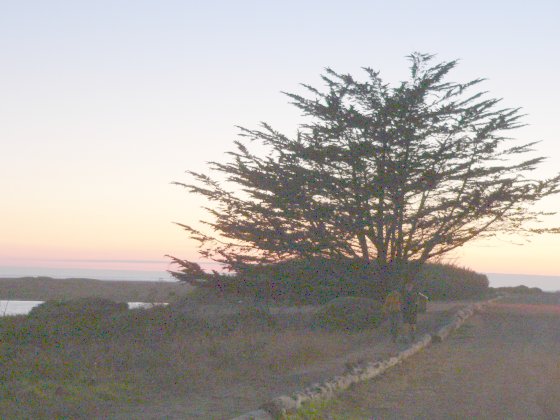 Cool stuff. I think I’m getting addicted to this photography thing.