Wow, it’s so wonderful having an account rep over at Dell.

Okay, not really. I’ve been ordering servers from them for about six years, and have spent tens of thousands of dollars. I’ve been assigned to three or four different reps over that time, as people come and go from the company. And every time I need to order a new server I call whoever my latest rep is, and ask if there’s any kind of deal they can offer me.

Keep in mind that I can go to the Dell web site and order a server any time, but I go through my account rep because I hope (foolishly, as it turns out) that they can beat the price offered to the unwashed heathen of the general public. But every time, I get the same line: something about “Well, gosh, Mr. Schroeder, those servers are priced so competitively that I can’t possibly beat the price! We’re actually losing money on them!”

Yes, that’s right– I’ve heard that last line more times than I can count. Dell is losing money on the servers they sell. For years. It’s amazing they’re still in business, since apparently their business model includes selling things for less than their cost. I’m no financial wizard, but that just seems like a dead-end route.

So anyway, I’m going to pick up one of their new Inspiron Mini laptops, which are spiffy little machines you can tuck in your back pocket. Okay, admittedly your back pocket would have to be unusually large, but it’s still about a fourth the size of my current Inspiron 8600 beast. 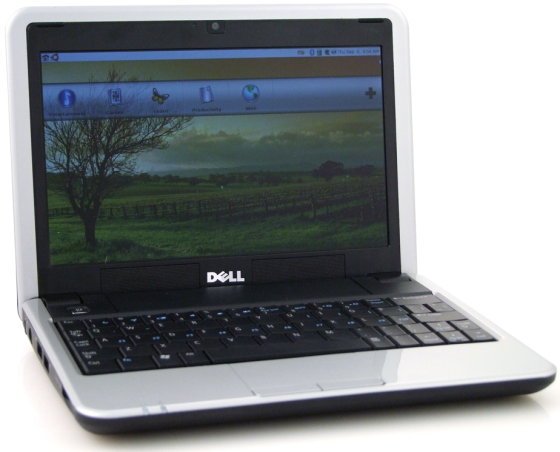 Because I was feeling particularly optimistic today, I called my newest rep, whose name is Ryan (no kidding) Krszjzaniek. And I was underwhelmed once again when he told me that he really can’t beat the price on the web site. “Those are brand new items,” he told me. “The pricing is very aggressive right now.”

So I find myself wondering what the heck those account reps really do. He must get some kind of commission on his sales to me, because he’s constantly sending me e-mail offers that include incredible deals like “buy three laptops, get one free!”. Whee. And every time I talk to him and find out he can’t help me at all, he’s asking whether there are any “upcoming projects” that might require me to call him and buy still more stuff at non-discounted prices. At least he doesn’t call me every other week like one of my old reps (despite repeatedly telling the guy that thanks, but I’ll call you when I need something).

Hopefully this little laptop will be as cool as it seems… should be fun.