He came up with the concept of a round piece of plastic to toss around. He originally called it the Pluto Platter, but when Wham-O bought the rights they called it the Frisbee. And of course it eventually formed the basis of the most awesome sport ever.

I wondered why it was called the Pluto Platter until I saw a photo of him back in the 1940’s: 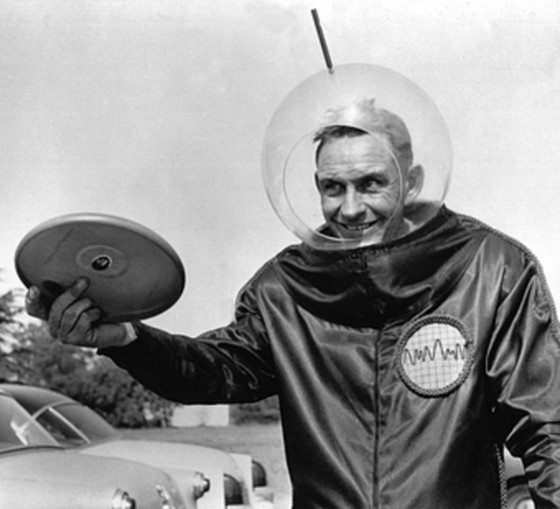