By now most of the internet has heard of the Orvillecopter. Some guy had a cat named Orville (named for the Wright Brother) and sadly Orville passed on to the Great Litterbox in the Sky. Some pet owners would bury their cat. Others might have him stuffed so they could always be reminded of their fond times together. But this guy turned Orville into a helicopter. 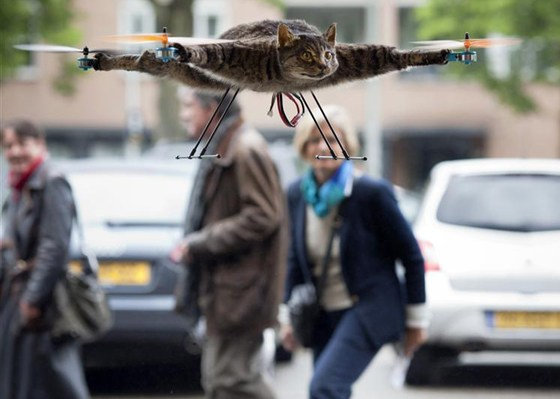 Working with a taxidermist, he inserted a bunch of model helicopter parts into Orville. His four paws are splayed wide, with a rotor on each one. Landing struts hang from his belly. And yes, he does fly.

Of course there are many people who are thoroughly upset about this, claiming that it’s disrespectful and exploitative. Whatever. I think it’s hilarious, and tons more fun that a plot in the back yard or a stationary stuffed cat to tuck in the corner and gather dust.