I’ve been a fan of Ron Paul for a long time, and of course I’m bummed he didn’t get the presidential nomination this time around. After 23 years in Congress, he’ll be retiring at the end of the year. He gave a farewell address and asked some insightful questions that I think every politician– and in fact every American– should be asking.

Why are sick people who use medical marijuana put in

Why does the federal government restrict the drinking of raw milk?

Why can’t Americans manufacturer rope and other products from hemp?

Why are Americans not allowed to use gold and silver as legal tender as mandated by the Constitution?

Why can’t Americans decide which type of light bulbs they can buy?

Why is the TSA permitted to abuse the rights of any American traveling by air?

Why should there be mandatory sentences– even up to life for crimes without victims– as our drug laws require?

Why have we allowed the federal government to regulate commodes in our homes?

Why haven’t we given up on the drug war since it’s an obvious failure and violates the people’s rights? Has nobody noticed that the authorities can’t even keep drugs out of the prisons? How can making our entire society a prison solve the problem?

Why do we sacrifice so much getting needlessly involved in border disputes and civil strife around the world and ignore the root cause of the most deadly border in the world: the one between Mexico and the US?

Why does Congress willingly give up its prerogatives to the Executive Branch?

Why does changing the party in power never change policy? Could it be that the views of both parties are essentially the same?

Why did the big banks, the large corporations, and foreign banks and foreign central banks get bailed out in 2008 and the middle class lost their jobs and their homes?

Why do so many in the government and the federal officials believe that creating money out of thin air creates wealth?

Why is there so little concern for the Executive Order that gives the President authority to establish a “kill list,” including American citizens, of those targeted for assassination?

Why is it is claimed that if people won’t or can’t take care of their own needs, that people in government can do it for them?

Why did we ever give the government a safe haven for initiating violence against the people?

Why do some members defend free markets, but not civil liberties?

Why are there not more individuals who seek to intellectually influence others to bring about positive changes than those who seek power to force others to obey their commands?

Why should anyone be surprised that Congress has no credibility, since there’s such a disconnect between what politicians say and what they do?

So long, Ron. You were a good man amongst crooks and liars. 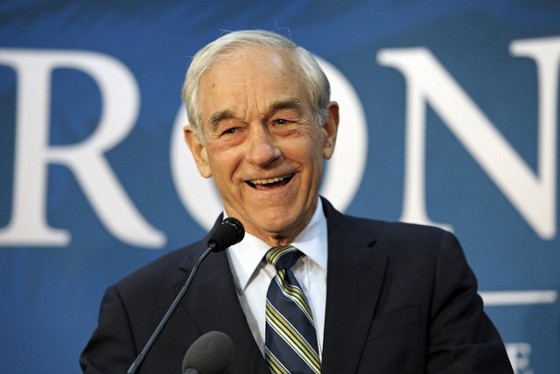