Last night the Zing crew headed down to Dave and Buster’s for a delicious dinner and an evening of video games.

James and Josh started out by saving the world from bio-terrorists: 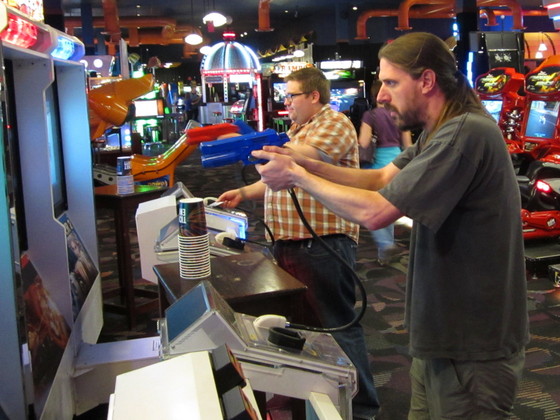 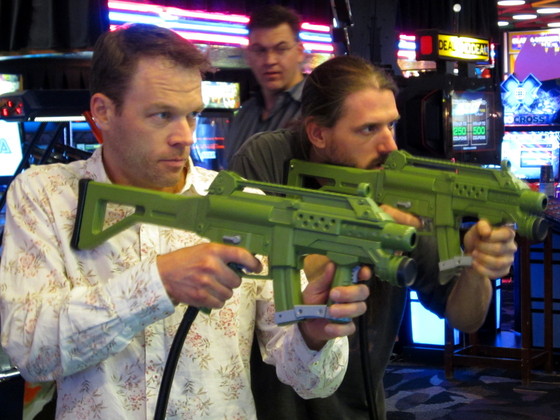 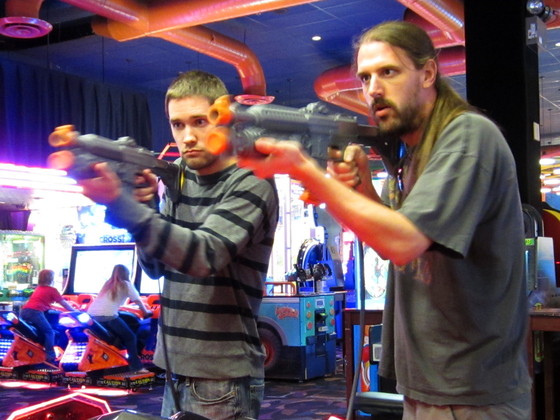 I can’t help but notice that James seems to have a bit of a gun fetish. Noah also got in on the carnage… look at the intense concentration! 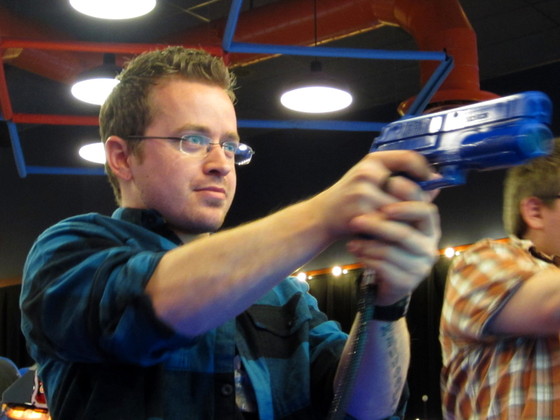 Brian put on his (blurry) game face for a round of air hockey: 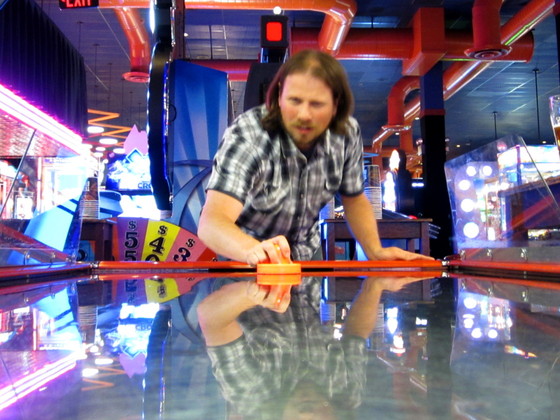 And Therese managed to whomp Noah at a ten-foot-high game of Connect Four: 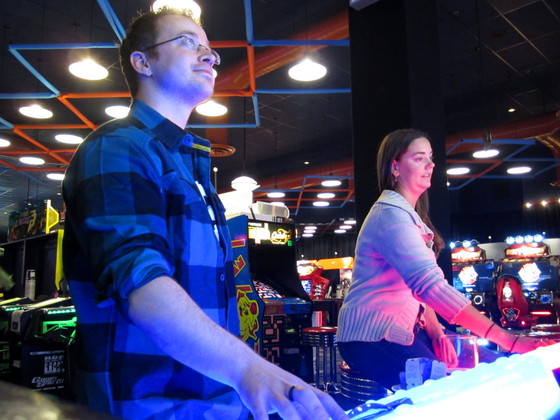 All in all, it was a blast. We played everything from four-way air hockey to head-to-head Pac Man, shot some baskets, and drove souped-up VW Bugs. At the end of the night we pooled all of the tickets we’d won (1,200!) and managed to buy a sweet ice tray that makes ice in the shape of human teeth. Now that’s classy.