To commemorate Patriot Day, I present a copy of a revised Terrorist Threat Level scale. It shows the number of fatalities in several different categories, beginning with the Oklahoma City bombing in 1995. (One could argue whether or not this was a “terrorist” act in the sense that the current administration uses the word, but no matter.) 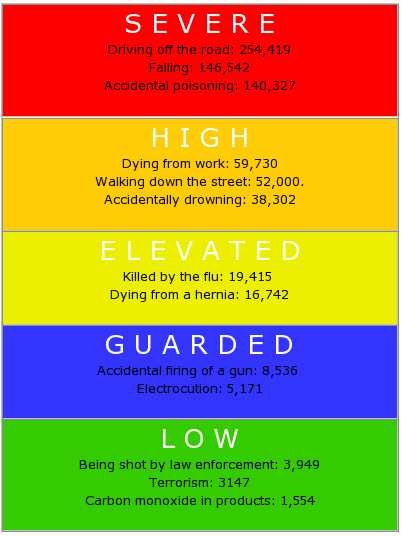 Yep, it’s clear we need to be concerned about being killed by terrorists. The irony, perhaps, is that as I write this I’m battling a stuffy nose. I see that dying from the flu is six times more likely than dying from a terrorist act. Hopefully I’ll recover okay.