I’ve got a dual-monitor setup in my office– two 17″ LCD panels that are super sweet. Having two screens is so much more productive than a single one, and in the year or so I’ve had them I’ve loved using them.

Yesterday I found a killer deal on some new 20″ widescreen LCD displays, and started thinking that if a pair of 17″ers could make me so much more productive, imagine what another three or four inches would do! (Funny, that sounds like those spammy e-mail messages I get daily.)

Anyway, I was looking at the specs and pondering whether it’s worth the expense and whether it would really make things that much better when Laralee walked into the office. I told her what I was thinking, and why I was hesitating, and she immediately said I should buy them.

A bit surprised, I asked why. She said because then I could give my existing LCDs to the kids (each of them have a computer in their room) and lose the hundred-pound CRTs that are on their desks. I thought that was sort of a strange reason, but who am I to argue with a mom who’s looking out for her kids?

So I ordered them, and should have forty inches of computer display sometime next week. Woo hoo! 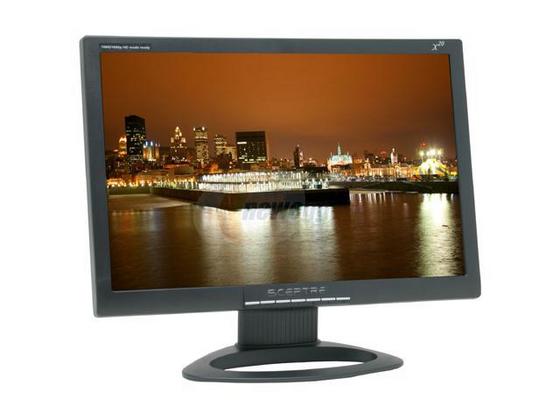