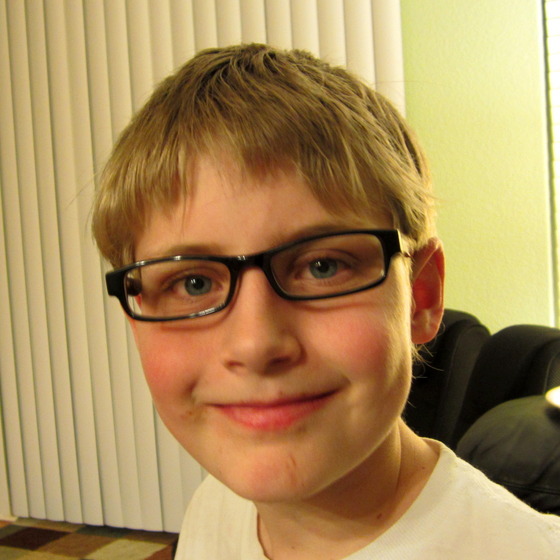 We’ve known for a while his vision was a little blurry, but he was able to get by. Laralee took him in for an eye exam a couple of weeks ago, and he’s roughly 20/40 (compared to my 20/500 or whatever). So he picked out some glasses, and they were finished today.

Strangely, he’s really excited about them. I remember when I first got glasses that I was mortally embarrassed about them. I refused to wear them in public, even though my vision was atrocious. I’d squint and use all sorts of tricks to avoid wearing them, but in the end there’s something about being able to see clearly.

I suppose it’s good that he likes them, because with his stubborn streak it would be a constant battle to get him to wear them if he wasn’t interested. I just hope he doesn’t get grief from his friends, since peer pressure holds a lot of sway at his age.